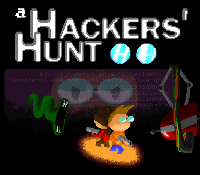 An endless, roguelite two player co-op platformer where you try to take back your files from a mysterious hacker by finding upgrades and shooting your way through multiple random generated levels.

I started developing the game by myself in university and asked a friend to give feedback every two weeks for the duration of the course: ten weeks. The goal was to develop a platformer with randomly generated levels for four biomes, two of which would also have a boss battle, and skills and upgrades. It was a lot of work, but I managed to make a horizontal slice with these goals.

I also used the project to explore making tooling for creating chunks that the game would use to shuffle the levels.

After the ten weeks, we’d go on to found BlauwPrint together and continue working on the game. We did several showcases and went on Steam Greenlight. None of us were artists though, so the feel of the game left a lot to be desired. We did get greenlit, but we also got a lot of negative comments, which was a bitter pill to swalllow.

I learned a lot from the process, and even though my game art was considered to be bad, I also worked on promotional images that I was pretty proud of.

Considering it was our first time going public with a project like this, it was quite demotivating to continue working on it with all the feedback going on. It was a very useful and meaningful experience though, and we learned a lot. We decided to take a step back and shelf the project for the time being. Sometime later we returned to the concept with a new approach: Project Hack.